There are many reasons for companies to target 50+ consumers with their advertising. The most obvious is that they control more than 75% of our nation’s wealth. And they are spending that wealth, outpacing other generations in nearly every buying category. With more people working longer, the argument that targeting younger generations because of future […] 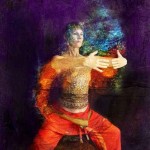 “Men . . . can still be sexy while they grow older, while women grow old and ugly!” —Violet, played by Meryl Streep in August: Osage County Recently, on the Golden Globes, Diane Keaton appeared onstage looking the epitome of agelessly beautiful, but almost immediately after, a L’Oreal commercial appeared showing Diane with all her […]