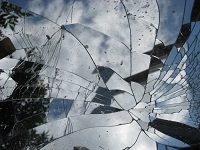 Marco Rubio recently announced his run for the presidency of the United States. In his statements, and in what is clearly being interpreted as a snub to Hillary Clinton, he suggested that we do not need “a candidate of yesterday” and declared himself a “generational choice.” What does it mean to want to nullify both history and the experiences of a person who has lived longer (to say nothing of her diverse experiences which have inspired women’s leadership on a global scale in what is known as “The Hillary Effect”)? How does someone who claims to want to be the leader of the free world act so dismissively about the fastest growing population (those over 65), which, according to the U.S. Department of Health and Human Services’ Administration for Community Living numbered 39.6 million in 2009 and is anticipated to reach over 72 million by 2030?

In the past, I’ve written about my shock upon hearing from clients, colleagues, and even family members, that Hillary Clinton is too old to run for president in 2016. Yet, when I press for an age that is “too old,” no one is able to answer me. Why? There is no such age. The myth that there is has its roots in views and expectations about aging that have gone unquestioned for decades, perhaps centuries. Many of us even parrot it to ourselves when we are anxious to take a leap into something new. It does not seem to be changing even as we live longer, healthier, active lives to unprecedented ages. We rarely think to question it, yet when we do (as I have done with the Clinton example above), we find it falls apart. Ageism has no basis in reality.

Of course, Hillary Clinton’s age is not the only issue here. There’s something else emerging from the shadows. Both genders experience ageism, but for women the bigotry is especially potent. Ageism is always mixed with and strengthened by sexism. Unfortunately, both are embedded in society’s story about aging and women…in our story. No matter our political stance, age, or gender, we have all internalized this narrative to some degree.

In a show on Sirius XM Satellite Radio, host John Fugelsang and guests discussed bracing for the likely ageism and sexism which will accompany Clinton’s candidacy. Their comments included foreseeing the racism concerning the Obama presidency being replaced with sexism, increasing disparaging remarks about Clinton’s age (despite the irony of her being the same age as Mitt Romney or the fact that Ronald Reagan was older when he became president and served two terms) and more focus on, and constant judging of, her appearance (her suits, glasses, and hairstyles…), which happens rarely, if ever, when considering male candidates.

Despite cultural gains regarding treatment of women (after all, before 1920 we didn’t even have the right to vote…), the continuing sexism, workplace discrimination, and crimes against women are staggering. Even though many issues go under-reported, statistics substantiate the issues women face across the globe, such as The United Nations Development Programme’s information that 3 out of every 10 women report having experienced violence by an intimate partner and, globally, women hold less than 22% of parliamentary (hence decision-making) seats. It also remains indisputable that women still make less than men for the same work. In fact, that issue remains so prevalent that an annual “holiday” was created; Equal Pay Day aims to draw attention to the additional number of days women have to work to earn the same money as men earned the previous year.

It’s time to change the story we tell as a society and the story we tell to and about ourselves. For women, especially, the old misogynistic story about aging is a powerful weapon against us, no matter our age, stage or cycle, a mis-story that starts when we’re young, in how we view older women, and only builds from there, preventing us from realizing the potential for greatness that ripens as we age. We owe it to ourselves and to generations to come to step forward visibly and be not who we should be as we age but who we can be.

And here’s to an election cycle in which we all consider who to vote for with civility and without discriminating against any candidate’s gender, party, age or race.

What experiences have you had with ageism and/or sexism and how have you resolved them? Do “-isms” create schisms?