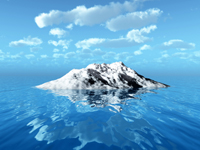 I have written before about the backlash against women’s growing power and success and what we can do about it (see “How Being Successful Can Save the Planet” and “Talking Ourselves out of Success”). The rising assaults on women’s rights—and the assaults on women’s bodies—follow and coincide with a long upward trajectory of women’s power that received a significant push starting 30 years ago when the feminist movement gained huge strides for women’s rights and swept record numbers of women into the heart of corporate America, academia, government—male bastions of status, money, and power. As Marion Woodman puts it succinctly, “Often in crisis, lip service is paid the Feminine, but, when the crisis passes, retribution takes over, even revenge.”

There is another angle to this, however, that shows itself clearly in the recent disturbing events at Penn State: Abuse—whether of human rights or of humans—is made possible through abuse of power and the failure of leaders to address it. Joe Paterno, Tim Curley, Gary Schultz, Herman Cain, Arnold Schwarzenegger, Bill Clinton, the Kennedy brothers, Graham B. Spanier—these are just a tiny fraction of the examples I could give of people who have abused power directly or by enabling abuse. Without a change in our leadership—in the leaders themselves, in some cases, as well as in how we lead—this cycle of abuse will continue.

As Dr. W. Edwards Deming put it: “95% of all problems and failures in business are system failures—it has nothing to do with the individual manager or worker.  Only the leader can change the system.” This applies outside business as well, to systems of government, academia, and anything based on the military-industrial model.

This is another reason why our own success is crucial right now. The best way to change the system, to change how leadership works, is to be a leader. I cannot stress it enough: We are the visionaries we have been waiting for.

But if we are to become the leaders the world needs, there is another, darker angle we must address. Ross Douthat, in a New York Times op-ed piece, gave an interesting perspective on why people who have spent their lives doing good can suddenly do something horribly wrong: “But good people, heroic people, are led into temptation by their very goodness—by the illusion, common to those who have done important deeds, that they have higher responsibilities than the ordinary run of humankind. It’s precisely in the service to these supposed higher responsibilities that they often let more basic ones slip away.”

I think this is true, but there’s more to it. We all have a shadow self, that dark part of us most of us don’t want to even acknowledge. Leaders in particular feel the pressure to suppress this side, not realizing that one way or another, it will express itself. Either we find expression consciously, recognizing that part of ourselves and what we can learn from it, even how we can use it for good, or that shadow self expresses itself, and after years of being pushed down and covered up and ignored, that expression is often explosive.

Transformative leadership requires doing the inner work first, transforming yourself before you can transform the system. And this inner work means looking deeply at who you really are, not who you think you are or should be, not who others want you to be. Who you are encompasses the light and the shadow, and facing this and finding your truth is the only way to know what you’re capable of—in every sense of the phrase.

What are the biggest changes leaders need to make to fix the problems with the system (in business, government, etc.)? What are you doing as a leader or as a leader-in-the-making in business, at home, or elsewhere in your life?