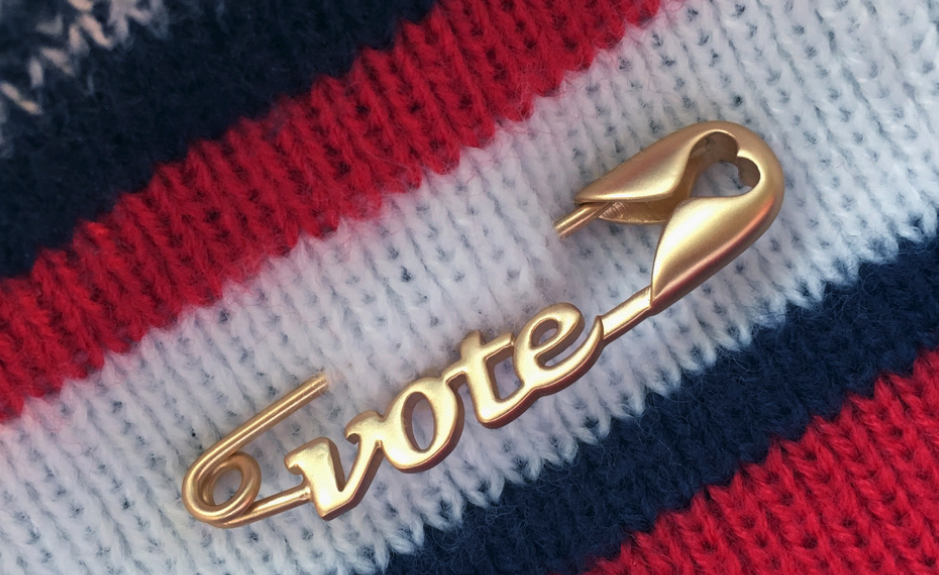 Challenge produces the opportunity for greatness. Given the extraordinary challenges the world faces today, the potential for greatness is monumental.

Will Our Democratic Experiment Tip into Demise or Evolve into its Greatness?

With the election just days away, we are at a tipping point. Will we meet the Greatness Challenge in 2020?

It is easy to believe the world may be on the verge of collapse, especially as we look back at the last few years. We as a country, and globally, pulled ourselves up by the proverbial bootstraps to begin yet another Phoenix rising.

We are right on time.

We are on the verge of a process of renewal. All processes of nature are forcing us to spring forward from hardship and uncertainty into a greater future. The big challenge for all of us is putting greatness, a “New Age” meme, into real time.

Spiraling forward in our personal and planetary development (just like adolescence or the midlife renewal process), we must accomplish required developmental tasks if we are to move through the sequential stages of our life course—our time here on earth.

Our world is undergoing a major shake-up. A major tug of war encompasses the globe. If we move quickly to take collaborative action, we will move from breakdown into breakthrough in the U.S.A and around the world. Best hurry or we could very well morph into something we never intended. And certainly, don’t want. We are being asked to meet The Greatness Challenge.

Many factors, including the pandemic, have contributed to our spiraling towards breakdown as the world’s greatest innovator and model of social, religious, and economic freedom as the populist movement rages around the once free world in tandem with the radical right religious movements the free world rails against. I sometimes feel that I’m in some modern-day epic unfolding before my eyes. Some part of me believes we will all be saved.

I guess that’s why I still love the Star Wars series. So I admit it. I do trust the force! No, we can’t go back to how it used to be. But we can continue to ask the important questions of ourselves, and of our elected leaders. The first and foremost question I put before you to consider, “Is this a cyclical change or a structural change?”

When I step back to get a big picture perspective…much like looking back at the earth from out in space, I find it’s far easier for me to dissolve my protective shields and drop into an open clear inner space. Doing so allows me to disengage from preconditioning, expectations and judgments that cloud what I see, and hide what I don’t want to see.

Please take what I’ve learned to call “Taking a God/Goddess’s View” of the world story, my story and yours. By delineating the many varied, plausible, and very possible narrative versions it allows us to cover our bases in preparation for all contingencies…to the best we can. Summing this up better than I can are the words of the award-winning comedian, actor, writer and producer, Mel Brooks, “Hope for the best. Expect the worst.” I, like most of us, prefer the “Aspirational Future” story of my choosing vs. winging it. Your choice.

Either way, please step back so you too can see what’s coming versus only what’s right in front of you…and us. The swing of the pendulum in this cycle of change is far greater than in 2000 or 2008, and far more extreme than 2016. The real question we all need to ask is how wide and lasting a swing is this?

It’s been since just before I was born that this same demonic cycle had been stopped in motion. Whoever thought we’d ever see this again? That was before we knew about cyclical change. Not even 100 years have passed, yet here we are again at the quintessential battle-ground with lines drawn between “good and evil” and the “the light versus the dark.”

Taking on the personae of our own treasured Star Wars hero and heroine, Luke Skywalker and Princess Leah, we too will have to step up and out, willing to joist against the demonic Darth Vader and his evil forces to save our world and our very way of life. Rallying, marching, organizing, boycotting, speaking out, running for office, voting and more is our modern-day Kryptonite against the powers of evil. Our joisting will sap the power of the demonic forces of the far-right/alt-right and far-left until this cycle completes itself or aborts on its own, or breaks down due to fomenting civil unrest which is mounting day by day.

I asked a well-known and highly regarded centenarian—a transformational leader-of-leaders in her own right, what her perspective is on our current U.S. and global turn to the radical far-right and populism. Paraphrasing her words, she shared her wisdom earned, “…It will cycle back to center, it always does. But this time, it may take a long time to return.” It is my take that we are still in-the-midst of a structural change, cycling through as we move between endings and new beginnings.

We trek the Great Transition, (or as it is also called, The Great Shift, or the Great Wheel Turning,) that started with the New Millennium.

What is important to take note of is that our shadow partner is taking his turn at leading the dance. So we must be willing both personally and collectively to be out in the world to embrace the cycles of dying and birthing as we move into new times. But what if this is a structural change we are undergoing—a change that is permanent, long-lasting eliminating or morphing everything in its path?

A differentiating factor of structural change from a cyclical change is that when a structural change births out of societal or cultural upheaval, there are only two outcomes: to totally dissipate, e.g., go Poof! Or, to morph into a higher evolutionary plane of existence than ever before. Which leads me to the next question for us to ponder: Will this upcoming election be the catalyst for our democratic experiment to tip into its demise or to evolve into its greatness?