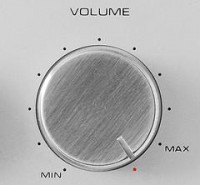 We live in a media-savvy world, which means that it takes more than even the boldest PR moves to demonstrate that we mean business—on gender equality, environmental sustainability, political will, charitable contributions, and so on.

A company that speaks out on increasing U.S. employment while outsourcing jobs to India will be scoffed at. A million-dollar contribution to an environmental nonprofit won’t do much to offset ongoing pollution by the company’s manufacturing plants. Initially, many people will take the PR at face value, but this won’t last long in the Internet age. Someone in the know will point out the facts, and it won’t be long before the truth spreads.

I was reminded of this by Ms. Magazine’s recent criticism of Warren Buffett, who recently spoke out about gender equality in the workplace. The initial reaction, including my own, was delight in having yet another voice on our side, especially a powerful voice like Buffett’s. But Ms. points out the appalling record of Buffett’s own company when it comes to gender equality and diversity as a whole.

Although I still believe this is more gray than black and white—that there is still a benefit from his speaking out at all, that this will reach people who will act—I agree that it is weakened enormously by the fact that Buffett’s actions were not even remotely aligned with his words.

The lesson many businesses will take from this is to ensure that their PR is not undercut by their actions. But even that reveals a fundamental problem at the core of these businesses. If they were operating in alignment with their values in the first place, they wouldn’t need to check for this consistency. They might not even need to plan these PR moves.

Authentic, values-based actions are in and of themselves the best PR. The words that follow shouldn’t need to do much more than shed light on what the company is already doing, if that.

In many ways, this ties with my post on Tuesday about leaders being storytellers, and the story being what actually dictates the culture and success of a business. Many of us associate storytelling with the spoken or written word, but some of the best stories are performances, the actions we take that show the world what kind of people we are and what kind of business we run.

Actions do speak louder than words. Your visionary voice and that of your business will only be listened to once you embody them.

How loud are your actions?