City officials in Vienna, Austria, have been taking a novel approach to urban planning for nearly two decades: asking people how they use the city, and then redesigning public spaces and housing based on actual needs. The impetus for this is an official policy approach called “gender mainstreaming,” which the city uses to take gender equality to a new level, including ensuring equal access to city resources.

By surveying the population, they discovered the actual needs of women, including women with families, and redesigned parts of the city to make fulfilling these needs much easier.

What struck me (beyond the unprecedented governmental care for women) is that many of the renovations not only help women and families but also women and men of all ages and abilities. A few examples:

What makes city living easier for women and families also makes it easier for people who want to age in place in the city, not to mention people with disabilities. Accommodating strollers also means accommodating wheelchairs and walkers. More streetlights not only aid in safety from crime but also in physical safety for those with weak night vision. Easy access to nature, medical care, and public transit in living spaces make life much easier and more enjoyable for people at all ages and stages. 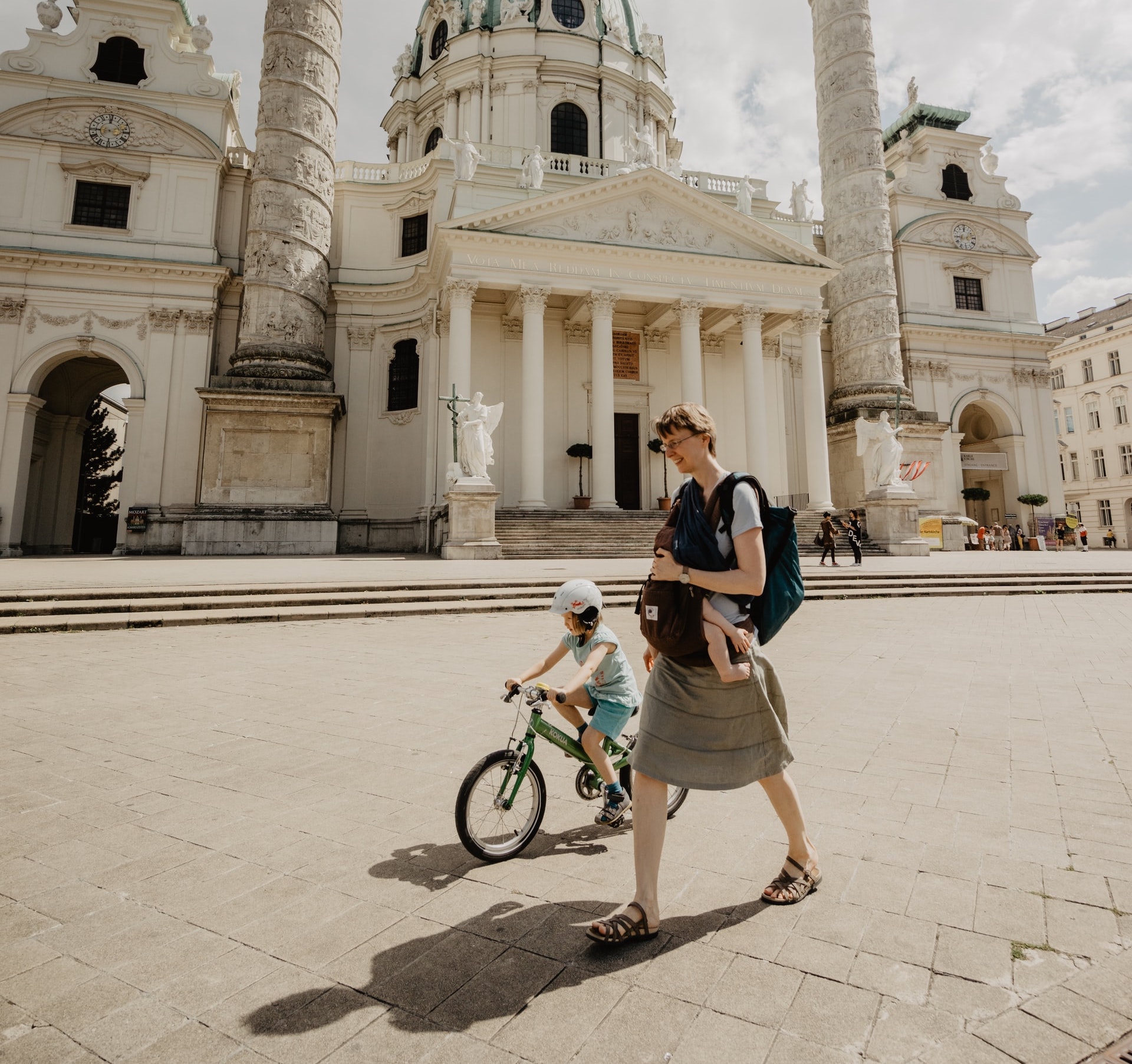 Universal design principles apply in our homes, as well as in our cities – the idea of design that makes life easier and safer without losing aesthetic appeal. That we have a working example in real life, in Vienna, only shows that this is no utopian ideal. It can be done, and the results are astounding. I would love to see more cities take notice of this model, and we can all make this happen by asking it of our local and state officials as well as encouraging it in our conversations and our writing and art (the Vienna project got started from public attention garnered through the “Who Owns Public Space” photography exhibit.)

Redesigning our homes and communities in this way can also combat the societal tendency to isolate and sweep aside our aging population, instead creating spaces that bring all generations together.

We have an opportunity to not only change the story about aging, but also the space where that story takes place. It can be done. It has been done.