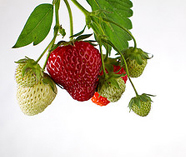 The media, academia, and research firms are dipping into futuring by discussing the question, “What will companies do when Baby Boomers step down?” The latest attempt to answer this is found in a report by researchers at Cass University in London, “After the Baby Boomers: The Next Generation of Leadership.”

Their findings are interesting, particularly in the distinctions drawn between the Boomers and Generations X and Y, but once again, I have to call into question the premise the entire study is based on—the assumption that Boomers will simply step down from leadership. I believe this premise is false.

I see so much evidence that Boomers will continue leading into the Third and Fourth Ages of life that I’ve created a website, AgelessFutures.com, centered largely on that fact. But here, I’d like to discuss what this means in terms of the future of business and integrating all these generations into a changing economy.

Many of the findings of this study still apply if we dispense with the assumption that we’re facing a nice, neat “XY in/Boomers out” scenario. The characterization of the X & Y generations as being much more ethnically diverse and insistent on work-life balance—for all genders—is just as easily a characterization of business itself. It’s simple: If you are not actively preparing for and welcoming these trends toward diversity, gender equality, and balance in your business, you will be left behind by those who are.

And this is not because these trends are growing as Boomers leave. On the contrary, these trends are growing as Boomers incorporate them into their own values. Even those of us post-50 who once took part in the now outdated definitions of success—making money, reaching the executive office, achieving, achieving, achieving—have long realized that this kind of success is empty on its own.

Those few Boomers who were still pursuing the success at all costs methodology are now facing a future where work-life balance is not a luxury but a necessity.

In other words, no matter how we got there, and no matter what generation we are in, diversity and work-life balance are the key to futures that work—for all of us. Whether we want that balance because we’re starting a family or because we want time to visit our established families, the outcome is the same logistically. Work locations and hours must be increasingly flexible for everyone, without penalizing anyone for taking advantage of this flexibility.

Furthermore, savvy businesspeople will recognize that preparing for the future does not mean preparing for the Boomers to step down (or the opposite, for them to never relinquish the lead–another common media-inspired conspiracy theory). The business looking for sustainable success in the real world of tomorrow will recognize that the shift will be gradual, with generations working hand in hand.

This means making a point to explicitly set up your Boomer employees to mentor the upcoming generations. Provide a clear path for employees who wish to work less but not retire to move more and more into consulting and specialized niches. Boomers will need to develop their own succession plan as well and clarify their What’s Next game plan as they begin transitioning, whenever and however that looks (semi-retirement, full retirement, never retirement, starting over, etc.).

The future is not a zero-sum game or one in which one generation has to lose while the other wins. Look closely at what all generations want as employees, entrepreneurs, and leaders and you’ll see that behind the differences are the same aspirational visions and sustainable solutions.

What changes can you make in your business that reflect the intergenerational realities of our future and our present?